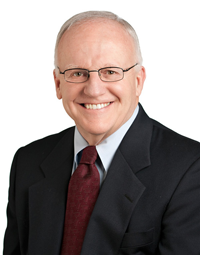 Rodger Bowness has been practising law in North Bay as a sole practitioner, and as the managing partner at Bowness & Murray since 1973. His practice focuses on residential and commercial real estate, corporate and commercial law, and wills and estate administration.

After graduating from McMaster University (B.A. 1968), and Osgoode Hall Law School, York University (LLB 1971), he was called to the bar in 1973. He received his Queen’s Counsel designation in 1984.

He has had the privilege of serving the North Bay community on the Nipissing University Board of Governors, and the North Bay Hockey Board. He was a director of the Northern Ontario Development Corporation, and a member of The North Bay Rotary Club.